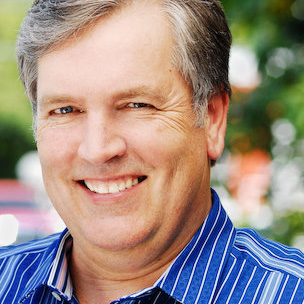 Eric Larson has been a Real Estate Agent since 1989. Eric’s knowledge and expertise in Real estate have given him a reputation of being a strong, competent agent who works smart and patiently for his clients.

Eric grew up as a Navy kid living at many naval stations until landing in Salem in the 70′s. Eric graduated from Sprague High, was a wrestler and an Eagle Scout. His love of cooking lead him to an apprenticeship with a European Chef and his career as a chef took off quickly and successfully.  Eric was a Chef in Seattle, Portland, Alaska and Salem.

In the late 80′s his accountant told him that he would make a great Real Estate Agent and Eric never looked back. His 25 plus year career individually and with The Larson Group has been very successful and continues to grow. 2009 marked the creation of HomeStar Brokers with his wife Jennifer and fellow Larson Group agents . Eric’s mission was to have a company based on integrity with local roots and a commitment to quality service for clients.

Eric enjoys fishing, the outdoors, Scuba Diving, and cooking for family and friends.

Eric’s clients continually refer their co-workers, family and friends which he takes to heart. Eric is known for his creative problem solving,for thinking outside the box and for being that guy that would drop everything to help a friend in need.